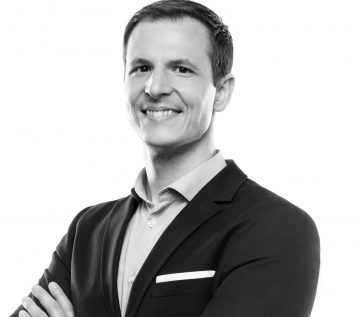 His passion for marketing first started in 2007 when he began gaining experience in designing and forming web pages and online shops. In time he was trusted with developing web appearances for brands like Vichy and Petrol. In 2012 he joined Studio Moderna where he and his team designed and launched a new fitness and sport brand. In the next two years, due to the rapid growth and development, he became responsible for two additional brands and ensured their omni-channel appearance in the 21 markets of Central and Eastern Europe. In 2015, he joined Lidl Slovenija as a Senior Expert Advisor, and after six months he took over the marketing management. He ensured a successful launch of several campaigns like “Inspiration”, “Celebrate with us, live with inspiration”, “Everybody knows”, Simply more grill for you” (“Navdih”, “Praznujte z nami, živite z navdihom”, “Vsi vedo”, “Preprosto več žara za vas”). With the last marketing campaign Lidl also repositioned as a brand, building a positive perception and affinity. In addition to numerous awards, Lidl marketing and corporate communications team received the Marketing Excellence award, the golden Sempler for “Buy Robot” activation and the bronze Effie for “Celebrate with us, live with inspiration” (“Praznujte z nami, živite z navdihom”). Valentin is a great tech-fan. He likes to explore its possibilities and what new tech approaches bring us. He is a great advocate of the offline media digitalization and the synergy effects that these universes create. In his free time, he is a vice president of Sommelier Society of Slovenia and in 2018 he was the vice champion for the best sommelier of Slovenia.

View all jury
Next

PRESIDENT OF THE JURY Eva Aljančič